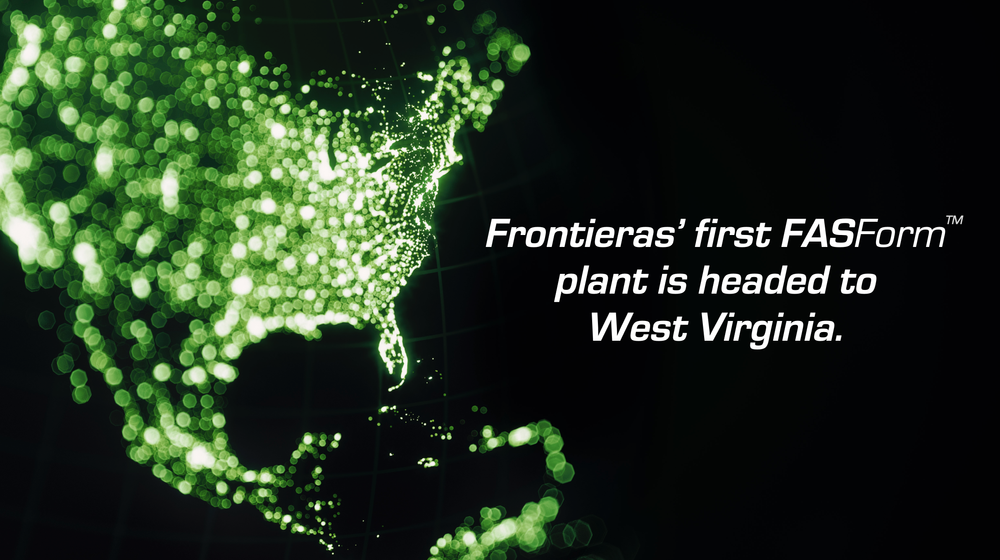 Scottsdale, AZ – April 13, 2022 – Frontieras North America, a subsidiary of Frontier Applied Sciences, today announced that it will construct its first FASForm™ plant in Mason County, West Virginia.  Located in the heart of coal country, Frontieras’ contracted site enjoys easy access to raw materials, a skilled workforce, as well as roads, Class 1 freight rail, and the Ohio River for import and export of feedstock and FASForm products. The Frontieras plant, which plans to complete construction and be commissioned in Q4, 2023, is expected to employ up to 500 employees and process more than 2.7 million tons of coal annually.

“I could not be more excited to welcome Frontieras North America to West Virginia. I thank them for selecting Mason County as the home of their new plant,” said West Virginia Governor Jim Justice. “Our goal is for West Virginia to be the energy powerhouse of the world and we just keep growing in this vital industry that is both important to our economy, and critical to ensuring the security of America. I’m also proud that our efforts to make West Virginia the most business-friendly state in the nation continue to pay dividends. Frontieras is the latest of several major companies to move into West Virginia because the outside world is finally waking up to the fact that we are the diamond in the rough that everyone missed. Not only are we blessed with an abundance of natural resources, but we also have the hardest working people you’ll find anywhere; people who are true craftsmen and experts in what they do. I have all the confidence in the world that Frontieras will be another great success story as West Virginia’s rocket ship ride to prosperity continues.”

Frontieras’ patented technology, Solid Carbon Fractionation™ (SCF), reforms coal, waste plastics and Hydrogen production by extracting volatiles, moisture, and contaminants. This new validated process, applied to the energy market, results in the delivery of FASForm liquid and gas offerings, as well as a cleaner version of coal known as FASCarbon that will be leveraged by the steel industry. In preparation for breaking ground on its first commercial site, Frontieras constructed a test plant that validated the results using the West Virginia coal as its feedstock. Frontieras’ new SCF process extracts the highest gas and liquid yields to produce material and monetary difference in processing coal for both public and private enterprises.

“We are excited to bring Frontieras to the forefront of the energy market and engage with the great people of Mason County,” said Matthew McKean, CEO and Co-Founder of Frontieras.  “Frontieras’ selection of its West Virginia site allows us to receive and ship products across the globe.  Our interactions with State officials to the local business community have provided insight into the positive working relationship that we expect as we break ground, bring the FASForm Plant online and employ citizens of West Virginia.  The entire Frontieras team is looking forward to engaging with and becoming an active participant within the community.”

Frontieras conducted an exhaustive search through Texas, Wyoming and West Virginia before identifying the contracted site. Mason County has quickly become the epicenter for the nation’s answer to the energy crisis.  National steel manufacturer Nucor recently announced its selection of Mason County as well for production of its new steel mill, complimenting Frontieras’ offerings and further validating its choice. Specific highlights of West Virginia for Frontieras’ plant include:

“Mason County is proud to welcome Frontieras North America into the fold of national companies that have selected West Virginia as the site for a new business opportunity,” said John Musgrave Executive Director of the Mason County Development Authority.  “This excellent company has a new approach to expanding the energy sector not only in West Virginia but also the nation. Frontieras’ unique approach to processing coal by breaking it down into its component parts will create many downstream jobs and opportunities. We are looking forward to assisting this outstanding company as it expands its business into international markets as well.”

Frontieras North America, a subsidiary of Frontier Applied Sciences (FAS), is a privately held entity formed in 2010 as a private company. FAS holds patents on five continents that cover more than 3.7 billion people including the United States and Canada. Frontieras’ FASForm™ streamlines the processing of solid hydro carbonaceous materials and maximizes the energy output in each of its three forms: solids, liquids, and gas. FASForm is extremely efficient, and products can be delivered to market at or below market comparable prices without relying upon any government subsidies or carbon credits. 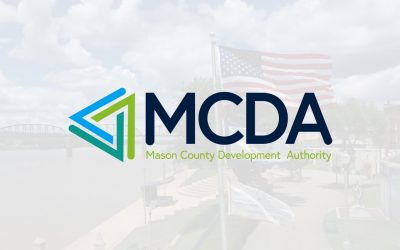 One of West Virginia’s, and for that matter, the Mid-Atlantic Region’s, best-kept secrets for business success is finding itself more and more in the spotlight. And for good reason. Mason County is no stranger to a solid business climate or a thriving industry sector,... 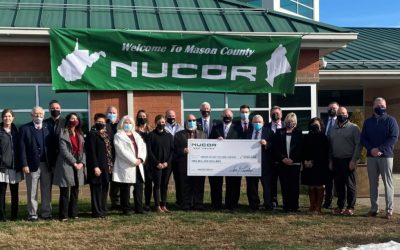